Call Us
Get Directions
Place an Order 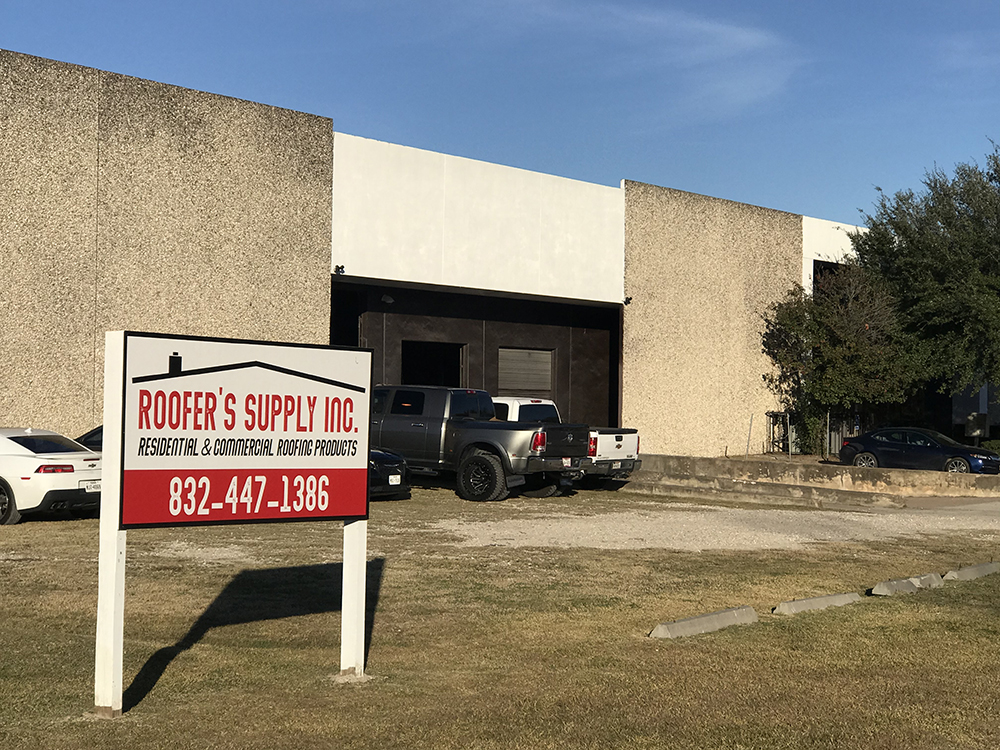 What Our Customers Say

Darren and Jeff are among the best in the roofing industry at customer service. Will be awesome to see these guys grow! Family oriented business! Send it!!

Great service from real professionals in the roofing industry.

I have worked in the roofing industry for 5 years. From starting on the counter, not knowing much about roofing, to being promoted to Assistant Branch Manager, and later becoming a corporate trainer. My years of experience in all levels of the field have taught be to understand the value and importance of customer service and I strive to ensure my customers receive quality service they deserve. I am excited to be apart of the RSI team and look forward to working with you.

Janet brings her knowledge of 20+ years of Accounts Payable and Accounts Receivable to Roofer’s Supply, Inc. She has been in the roofing industry since 2001 when she did the bookkeeping for the Memphis & Nashville locations of RSG. She developed her skills in the credit department as well as working with the inside sales team. Janet stayed with RSG until 2011 and later moved her career to the Oil &Gas industry, where she worked for 7 yrs. In April of 2019, Janet made the decision to return to the roofing industry to become a team player with Roofer’s Supply Inc. In Janet’s spare time, you may find her doing outdoor activities such as attending festivals, market days, or hiking.

Darren Breaux is a building material distribution professional who currently serves as president at Roofer’s Supply Inc. Breaux started his career in the roofing distribution business in 1991 as a salesman right out of the University of Houston.  Since that time, he has held various positions such as Operations Manager, Sales Manager, Branch Manager, Regional Manager, and Managing Partner.

His current goals and passion are to bring back the local independent roofing distributor and entrepreneurial spirit to the Texas market. Breaux feels that the industry has been gobbled up by big corporations that have lost touch with the customer. Mr. Breaux is on a mission to pass his success forward to a new generation of roofing distribution professionals and keep his family’s legacy going strong for decades to come.

Darren joined Roofers Supply Inc as a Vice President from its start in March of 2019. He brings 17 years of construction experience along with the knowledge of multiple sides of the industry from Contracting, Distribution and Manufacturing. After playing professional golf for over 7 years, Darren entered into the building material industry at the lumberyard level at the age of 25. He has worked in  distribution across NY and PA for 6 years. Darren and his wife Shannon owned and operated their own lumberyard in North Central, Pennsylvania.

In the summer of 2014, Darren and his family of five children relocated to Houston, Texas to work as a Territory Manager for TAMKO Building products. A short while later he joined CertainTeed as a territory manager covering Houston and Dallas Fort Worth. Darren excels in building relationships and educating his customers. With a never say “NO” attitude, Darren makes sure that you will only experience the best in customer service.

Jeff Smejkal is an experienced roofing distribution specialist who partners with business professionals in the roofing industry to help their businesses grow. After spending 12 years in roofing distribution with RSG and Beacon roofing supply, he has decided to become a partner in a family owned business, Roofer’s Supply Incorporated focusing on customer service and building relationships.

Outside of work, Jeff loves to spend time with his wife Jacklyn and their three children Jack, Joy and Jenna. He also enjoys playing golf and attending all sporting events. Jeff aspires to treating his customers with great customer service and taking care of their needs.

Tyler moved to Texas in 2016, he started in the roofing business with Allied Building Products in Houston and then after about a year and a half moved to a branch in Dallas. He has been all over the Houston and DFW area with Allied until they were bought out by Beacon. He left shortly after to join his father, Darren Kennedy at RSI. He has been working on inside sales over the last 2 years in roofing and also works as a truck dispatcher. Call the office anytime and he will be more than happy to answer any questions that you may have.

Colton’s passion for roofing and sales can be traced back to his pre professional days. Coming from a family of roofers, he was walking on roofs before he could ride a bike. With a great sales personality, knowledge of most all roofing systems, and a “never say no” attitude he makes a great addition to the RSI Inside Sales Team. Feel free to call the office or his cell and Colton will be happy to answer questions that you might have. When Colton isn’t purchasing, entering orders, and ensuring your material reaches your job site quickly and precisely. You can almost always find him hunting, fishing, watching sports, or spending time with friends and family.

Brian Takaki has been a credit manager in the roofing industry for the past 17 years and has a combined credit experience in the credit industry well over 30 years.

He was excited to have an opportunity in 2019 to join Roofer’s Supply Inc. to work with the talented and experienced personnel in the company.

Brian was born and raised in Hawaii.  He and his wife enjoy traveling to the major cities throughout the country. Outside of work his hobbies include coin collecting, stamp collecting and real estate investments.  Brian often meets with his coffee buddies throughout Houston where deep topics run shallow.

Mark Santos, outside sales rep with Roofers Supply Inc. Mark is a proven outside sales rep who has been in sales for over twelve years. Over the years he has sold millions of dollars of materials and has built a following of loyal customers that have followed him throughout his sales career.

Mark has worked for some of the largest distributors in the roofing industry and has trained many junior staff members. He is always willing to go the extra mile to take care of his customers.

In addition to his sales career, Mark has been both a youth coach and sports official for over twenty years. He is an avid outdoorsman and enjoys hunting, fishing and just about anything outdoors. He also enjoys spending time and different activities with his grandkids.

Mark has been married to his beautiful wife Roxanne for nearly twenty years. They have two children and three grandchildren. Mark is also and honorably discharged United States Marine Corps veteran who served during the early 90’s.